Back again with another gr8 Writeup for CTF organised by @thexssrat.

It was a Box Styled CTF hosted on Tryhackme.

Starting off with a nmap scan.

Hopping on to port 80 greets us with a nice looking site with register login upload . 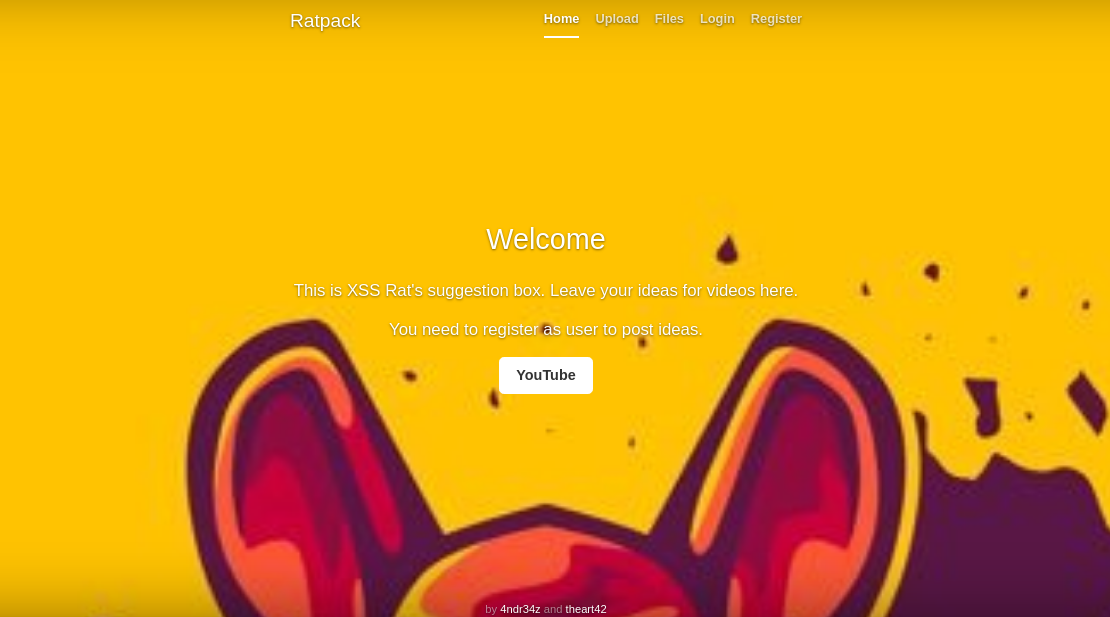 So after tampering with upload trying to get smth(shell, lol) , Only docx and txt were allowed. Judging by the description of the task it had some reference to XXE and XSS . So I thought of going with XXE with docx file by editing the document.xml ( as it contains the main text data for the document ) inside of docx file. As a docx file is simply a lot of xml files zipped together

Creating a docx using this snippet.

Unzipping the doc and editing the document.xml for XXE.

and replacing the body element with test and zipping it again will give us the malicious docx. 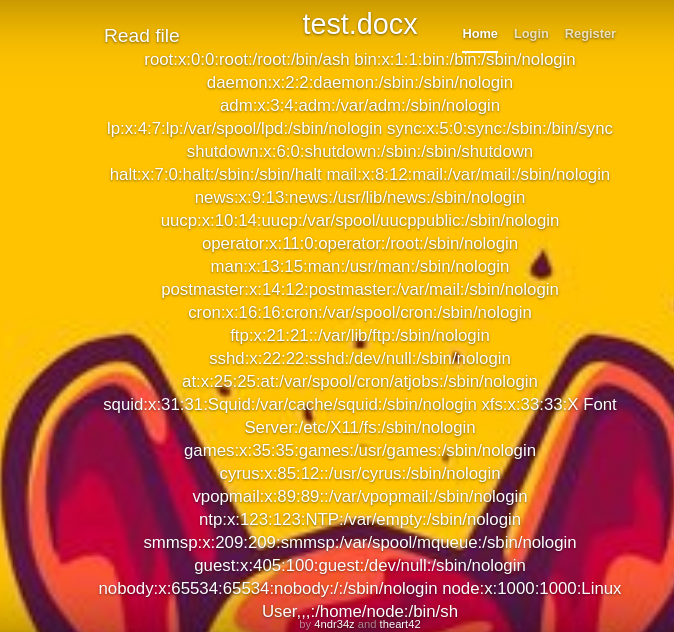 Now here it is our passwd file. Now as the nmap scan shows us that it is NodeJs , so it has an important file called .env that has some juicy info regarding the application.

The webapp also used JWT as its auth mechanism, so it was obvious to modify the JWT with the secret to become admin. Changing is_admin to 1 works.

After admin a new button appears to delete a file. Hmmmmmm.

After poking the delete functionality the authors released a hint saying about blind param injection.

and after a while

and the rev.txt file had

And we were in after a long hassle with command injection.

For this hassle we got our 2nd flag

Now as we were in docker env there wasn’t much to do than to escape it. Then admin released another hint regarding to scan other hosts in the network.

But the box did’nt have any tool to do so, transferred the nmap binary onto the box (by using the webapps upload feature and adding the .txt extension to binary ,it was successfully uploaded) and then executing it on the box gave us the hosts.

I then upgraded my revshell to meterpreter so that I could forward the port 3000 onto my local machine for ease.

Now again after blindly bashing in the payloads , admin again released another hint regarding SSTI. From this point of time it was somewhat clear what to do.

As it was using NodeJs, Jade was the main thing to look for.

Portswigger has this awesome blogpost for SSTI.

and yay!!! we had another reverse shell and another flag too ie. flag 3

Have you accepted cheeses into your life?

Now for the last flag we had to privesc to root.

Trying several things, this was the main 🙂

Now it was just a matter of minutes to get root.

saving this and compiling with

and running the allowed command as

But this is’nt the flag whattttt!!!.

The actual flag was .flag.txt

I knew you really curd!

Kudos to my team ByteForc3 and the box authors @4ndr34z @theart42 for making this wonderful Box.